Wandsworth council is not working hard enough to get a fair deal for renters.

It doesn’t seem to understand renters’ lives. And it is not willing to inspect, to investigate, to level the playing field for renters.

This was shown most recently in the Investing Solutions scandal.

This is the Wandsworth-based letting agency that took £5.5million in housing benefit from a charity which housed the homeless. £2.1m of that was paid by Wandsworth council. Crisis, the housing charity, described the arrangement as “a new low”.

Several of their properties – used to house vulnerable people – were unsuitable, due to lack of heating and hot water, rats and damp.  The BBC reports the company earned £11,568 profit per year from one property alone. END_OF_DOCUMENT_TOKEN_TO_BE_REPLACED

The new Right To Buy is a terrible deal for Wandsworth.

The housing policies the Tories seems so proud of will cost Wandsworth tens of millions of pounds – and do nothing to help renters, the homeless or most people on ordinary incomes hoping to buy.

And, when you add them up, the policies will mean the slow death of social housing.

Right To Buy is a good policy when it helps council tenants become home-owners and a new council house is built from profit. But that’s not happening. It never has.

Let’s judge Wandsworth Tories on their record. In the last 25 years, 14,791 local council homes have been sold off and only 5,170 affordable homes built in their place. We’re 10,000 short.

END_OF_DOCUMENT_TOKEN_TO_BE_REPLACED

Who’s got time to watch a whole political speech?

For those in a hurry, here’s a 25-second version of the speech I gave to January’s council meeting.

If you have a bit longer, here is the full series of housing speeches I’ve given recently in Wandsworth council meetings.

This paper covers council rents, money to tackle the homelessness crisis and elements of councillor Govindia’s new housing strategy. There are positive and negative sides to each.

On council rents, the average increase this year will be 2.2%. This is fair – but in reality almost no one will actually pay it.

Sometimes you just have to look at a policy and apply a common sense check. 10,000 of our tenants will get less than £1 a week rent rise but 3,500 households on historically lower rents will get more than £8 a week rent rise, with almost nothing in between. END_OF_DOCUMENT_TOKEN_TO_BE_REPLACED

Right To Buy is a good policy when it helps council tenants become home-owners and a new house is built from profit. But that’s not happening.

The Sunday Times story “Sell us your council flat and we’ll split the profit” suggests the Right To Buy is being abused in London. “[Property developer] said councils are massively undervaluing properties, which he can buy from tenants and resell for much higher prices.”

There is certainly cause for concern in Wandsworth. Right To Buy sales more than doubled from the previous year. It is hard to believe all 128 families bought with no middle-men involved.

Even if they receive the maximum £100,000 discount, tenants still need extraordinary wealth to buy their council homes. Take this 3-bed Surrey Lane Estate council flat which is on the market for £495,000. To exercise their Right To Buy, a tenant would need a £40k deposit plus £2,000 mortgage payment each month for 25 years!

I asked the council what the average income of Right To Buy tenants was and how many buy in cash or with the help of property developers.

The council replied that it does not collect data on the income of Right To Buy purchasers. It makes no checks on whether buyers use cash or have a mortgage.

Millions of pounds of housing assets are being lost to the council each year without adequate safeguards that the right people are benefiting from Right To Buy.

Wandsworth faces a growing homelessness crisis. Last year 613 homeless households were in council temporary accommodation, that had risen to 791 at the start of this year and is predicted to reach 916 by the end of the year.

Local rents went up an average of 14 per cent last year. With pay freezes and housing benefit cuts, many local families can’t keep up.

All it takes is an illness or relationship break-up for families to get trapped in a downward spiral of debt. For too many local people this ends with homelessness.

The main cause of the crisis is eviction by private landlords. This led to 13pc of homeless cases in 2010 but had risen to 53pc by last year.

The homelessness crisis hits families hardest. In 2010, only five homelessness families qualified for four-bed homes, last year it was 68 families. This week’s Wandsworth Guardian has a report on local homeless families who will be moved outside the borough.

More and more homeless families have to be housed in temporary accommodation, in particular dingy Bed & Breakfasts.

I was excited to find this 1938 ‘Britain from Above‘ photograph – the first time I’ve seen the houses that Winstanley Estate replaced.

This is how the same Winstanley area looks today – not one building remains from 1938.

Wandsworth council recently announced a regeneration plan that will demolish much of the estate over the next decade – including 700 homes built in the 1960s and 1970s.

When the above aerial photograph was taken in 1938, the Winstanley area was already earmarked for slum clearance. Then wartime bombing shattered thousands of Battersea homes. END_OF_DOCUMENT_TOKEN_TO_BE_REPLACED 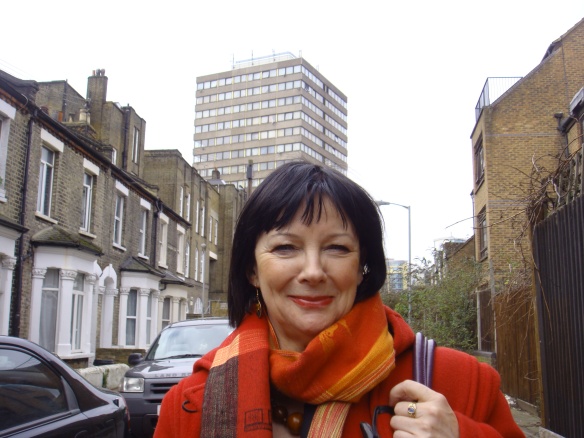 Regeneration to me is about building homes and a good, safe community people are proud to live in.

It is not that long since the riots in Clapham Junction, when the whole community was unsettled and we, as local councillors have worked hard in Latchmere and in the local community to see how we can make things better for our local residents.

We have worked to keep our local library and community hall open (which meant being active on the local Friends of York Gardens Library Committee) and the planning group for the Big Local Lottery funding, which covers some of the area, taking part in meetings and activities of many local groups and so on, so they were encouraged to see their area prosper.

END_OF_DOCUMENT_TOKEN_TO_BE_REPLACED

I think this crucial regeneration project has begun well, thanks to hard work by staff and consultants, co-operation between political parties and, crucially, engagement from local people. Who have, so far, backed the most bold option put in front of them.

It is a mighty challenge now for the council to sell the benefits of potentially demolishing 700 homes and replacing them with around 2,000 new homes – perhaps a billion pounds of new housing – on that estate.

END_OF_DOCUMENT_TOKEN_TO_BE_REPLACED

I think housing is the biggest challenge that faces this council.

It’s an issue that affects every one of us.

Young renters moving through a series of expensive, short-term flats. Parents struggling to fund their children – from the ‘Bank of Mom & Dad’. The homeless families with their lives in ruins.

Local house prices are now 13 times local salaries. Private rents up 14pc in a year. Wandsworth is living through a housing crisis.

As councillor Thomas skilfully outlined, a series of welfare reforms are hitting our poorest residents. And this impact is about to get worse.

It does some fantastic work. Tenant satisfaction levels are extraordinary, officers have created hundreds of Hidden Homes, the graffiti removal service is excellent there are hugely popular open days to encourage home ownership and affordable housing.

The £100m regeneration of our most deprived estates is possible thanks to the long-term strength of the rents account – the Housing Revenue account – which has a £1.8bn projected surplus.

And it can’t be said often enough in this debate – housing is funded by those people who live in council housing. There is a legal ring-fence around the money collected in rent – more than £100m a year.

The first thing to say about these proposals for 45 job cuts is that they were pushed through to evade scrutiny. The plans were fully formed at the time of the last housing committee but were hidden from councillors. This is not fair dealing.