Congratulations to Leoni Munslow, 28, who returned home from California yesterday with a Bronze medal from the Brazilian Jiu Jitsu (BJJ) World Championships.

Leoni represented New School BJJ, based at Battersea Sports Centre, in the brown belt division, competing against the top women from around the world to finish on the podium.

Leoni is a full-time firefighter and has trained at Battersea Sports Centre for the last six years. She is a three-time British Champion, current European Nogi champion and holds a world ranking of #2.

Leoni said: “It’s fantastic to bring a World Championship medal back to Battersea. The coaches and team at New School BJJ have supported me every step of the way to help me achieve my dreams. END_OF_DOCUMENT_TOKEN_TO_BE_REPLACED

This paper covers council rents, money to tackle the homelessness crisis and elements of councillor Govindia’s new housing strategy. There are positive and negative sides to each.

On council rents, the average increase this year will be 2.2%. This is fair – but in reality almost no one will actually pay it.

Sometimes you just have to look at a policy and apply a common sense check. 10,000 of our tenants will get less than £1 a week rent rise but 3,500 households on historically lower rents will get more than £8 a week rent rise, with almost nothing in between. END_OF_DOCUMENT_TOKEN_TO_BE_REPLACED 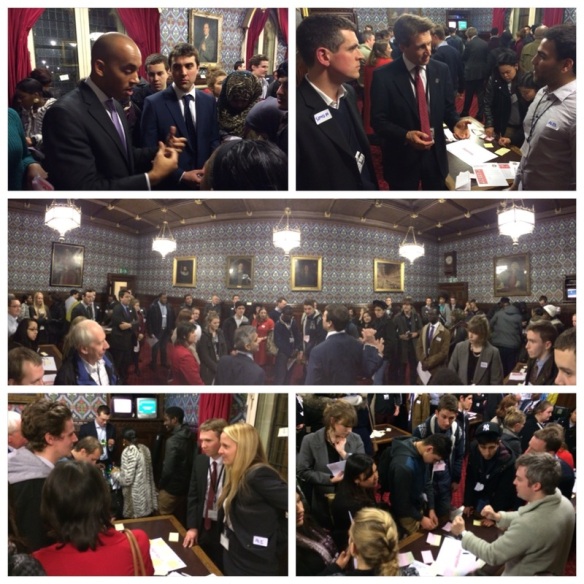 Short speech I gave to a group of young voters from Battersea who Will Martindale had invited to the House of Commons, Jan 2014

Welcome, thank you all for coming.

I’m a local Battersea councillor. That means if you want to know about the nuclear weapons ask one of these MPs – if your bins aren’t being emptied, come and see me later.

I know politics can seem pretty far from your lives. Someone like you could never end up in the House of Commons. This place is for insiders, rich people, people who can play the system. That’s certainly how I felt growing up in Birmingham.

I want to tell you about Battersea and our local heroes. A gang of misfits who helped to create the world we live in today. You’ll see that these outsiders started off every bit as far from this place as you are now.

In some ways, Battersea is like the average young person.

Battersea is well-educated, bursting with ideas – and massively in debt.

Can you put your hands up if your postcode begins: “SW11 6”. That’s area between Clapham Common and Wandsworth Common. There is £649m of mortgage debt in that one postcode.

Battersea is bursting with ideas. We have a long tradition of awkward, radical characters. A century ago Battersea Labour Party gave Britain:

A group of people like this had never been in power anywhere in the world before. Misfits. Outsiders.

It was great to see Alf Dubbs here this evening. He was a much-loved MP for Battersea in the 1980s. Alf’s journey is incredible – and important to remember as today is Holocaust Memorial Day.

Alf was just six when he was put on a train out of Prague, the city he was born in. It was the day the Nazis arrived in the city in 1939. Alf was one of 600 children saved by a British businessman who arranged their travel to London. Alf now sits in the House of Lords as Baron Dubs of Battersea.

Those are Battersea’s heroes, my heroes. They didn’t have success handed to them.

They knew the difference that politics can make.

Recently, the council wanted to close the library that serves the Winstanley Estate, and to charge children £2.50 to use a local playground.

Determined community campaigns stopped these plans. Young people who used the library and the playground were at the heart of these campaigns.

It was inspiring to work with local teenagers. Because, like Battersea, you’re well-educated, massively in debt, energetic and open to new ideas!

You told us you want the EMA back, you want lower tuition fees, you want votes at 16 and 17 and more jobs for younger people. But you feel like you’re on the outside.

Just remember Alf, aged six sitting alone on that train for an unknown new life, leaving his parents behind. John Burns leaving school at 10 for a life of manual work. John Archer being abused in Battersea Town Hall just for being black. Sharpurji Saklatvala put in jail for two months when he spoke up for working people in Battersea.

They were pulled forward by the future, not held back by the past.

It is easier than you think to change the world. I hope you give it a go.

I’m very grateful to you for coming out this evening, I hope you find it enjoyable. I’ll hand over to Jack before the next speaker – and if you have any problems getting your bins emptied, you can email me tomorrow.

* My planned remarks – as the excellent Dan Jarvis MP volunteered to speak, an shorter version was delivered

On October 26, 100 volunteers came on to the streets of Battersea to campaign for Will Martindale, Battersea’s next Labour MP. I was number 30.

You can meet all 100 in this fun short video of the day (below). Will Martindale has also written an article explaining why upset Lib Dem, divided Tories and new young voters will make Battersea will be a Labour gain in the General Election of 2015.

I recently received this excellent letter from a resident concerned about proposed cuts to the London Fire Brigade. This Saturday (April 20), I will join dozens of volunteers in taking its message to people in the affected neighbourhoods of Battersea.

I read today a letter in the Wandsworth Guardian by
Richard Tracey AM, the letter implied that Wandsworth was would not be
affected by the planned cuts to London Fire Brigade. The area of North
Wandsworth where I live will be greatly affected by these planned
cuts.

Any fires in the north of the borough are regularly attended by
fire appliances that are due to be cut under LSP5. Battersea Fire
Station only has one firefighting appliance left since the cuts in the
early 1990s. This one fire engine depends wholly on back-up from
Chelsea, Clapham and Westminster Fire Stations. Clapham often send all
three of their appliances across into Battersea, as do Chelsea and
Westminster. Clapham and Westminster are due to close and Chelsea
downgraded to one fire engine as part of LSP5.

There have been many fires in North Wandsworth, some recently where
these fire engines have been totally relied on for quintessential back-
up, sometimes meaning the difference between life and death at certain
incidents. So I hardly think any scaremongering is baseless.

A recent fire in my street in the heart of Battersea had to have five fire
appliances attend, to deal with it speedily and safely, of those five
appliances, four are due to be cut. This type of incident in this area
is not a rare occurrence, but happens with frightening regularity.

END_OF_DOCUMENT_TOKEN_TO_BE_REPLACED

Do you have a spare room which you could offer to a pregnant cat to have her kittens?

Battersea Cats and Dogs Home is currently recruiting Volunteer Cat Fosterers to help care for the influx of kittens they will see in the next few months. Carers will receive training, support and all necessary food and medicine for the cats. END_OF_DOCUMENT_TOKEN_TO_BE_REPLACED