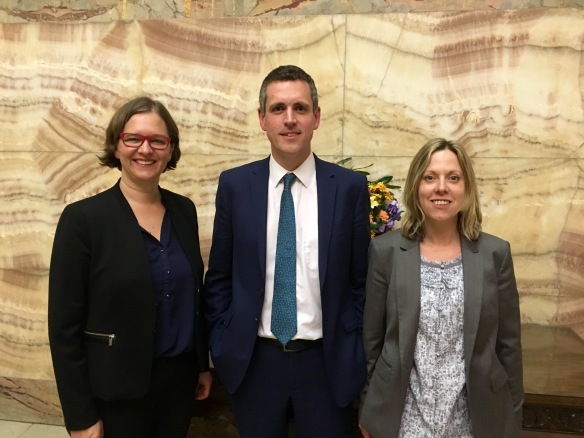 That went quickly! A year ago today I was elected leader of Wandsworth Labour.

It’s been an extraordinary year in politics. Lots of joy mixed with some real sadness.

In terms of election victories, we’re probably in Wandsworth Labour’s most successful period ever:

There’s a huge amount of hard work behind these victories. Wandsworth Labour is a team of 19 brilliant councillors backed by more than 5,000 Labour members in Battersea, Putney and Tooting.

Wandsworth Labour listens to local people. We try to be positive and practical. I’m proud of our powerful education funding campaign, which took us to school gates across the borough.

For our vigorous work on Brexit, Candida Jones listened to the stories of EU citizens in Wandsworth. Former Battersea MP Alf Dubs came to the Town Hall to support our call for the council to accept Syrian refugee families.

Simon Wady joined our team as full-time Campaign Manager in March. We’re lucky to have him.

• 400 jobs cut as Wandsworth merges its staff with Richmond council

The lowest points were personal. Rex Osborn stood down as leader last May due to ill health and has spent much of the past year recuperating. We look forward to seeing Rex in full effect in the Town Hall soon.

Worse was to come: Councillor Sally-Ann Ephson passed away last summer after a long illness. She was just 49.

Hundreds of people attended Sally-Ann’s funeral in Tooting. Sadiq Khan led the tributes: “She was a ray of sunshine, much-loved by all who knew her. I will remember Sally-Ann fondly as a dear friend, determined campaigner and, above all, as someone who never stopped smiling. Rest in peace, Sally-Ann.”

Wandsworth Labour was fully engaged during the EU referendum – where 75% of local people voted to ‘Remain’.

Volunteers are now working round the clock on a General Election.

We’re listening to local people every day in Battersea, in Putney and in Tooting – where we aim to re-elect our excellent local champion Rosena. It’s the third time in three years we’ve hit the streets to elect a Labour MP in Tooting!

The good news is that we like elections. Campaigning brings people together and Wandsworth is one of the most fun and exciting places in Britain to do Labour politics. Hundreds of volunteers help out each week. There’s a really positive team spirit.

A huge thank you from me to each councillor and every of our volunteers for making Wandsworth Labour what it is.

Do please get in touch if you want to join us!