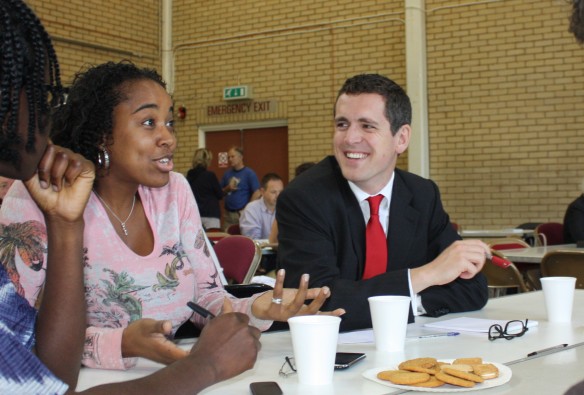 Council tax is unfair to older people, renters and those on low incomes. Here are the reasons why I will be voting to freeze Wandsworth’s council tax this year:

The multi-billionaire Warren Buffet once noted that while he paid 17.7 per cent of his income in taxes, his receptionist was unfairly asked to contribute 30 per cent.

Council tax has a similar ‘regressive’ impact. Wandsworth’s Band D council tax is almost 5 per cent of after-tax income for Peter, a security guard who lives in Latchmere, the ward I represent. For his near-neighbour Rakesh, a solicitor, it is much less than 1 per cent of his income. Hundreds of my constituents have told me that they enjoy Wandsworth’s low council tax. I know some who simply couldn’t afford to pay more.

2. Council tax only funds 5% of Wandsworth’s budget – so increasing it would not raise much money

In the financial year 2013/14, Wandsworth council budgeted to spend over £900 million. It raised only £45 million of this through council tax.

The maximum increase without a local referendum for Wandsworth in 2014/15 would be 2 per cent, or £900,000. If the council increased tax by the maximum allowed it would only raise enough money to cover 0.1pc of its annual budget. Or to put it another way, enough money to run the council for another 8 hours.

The serious taxes still go to central government: last year Wandsworth residents paid an astonishing £121m in stamp duty (plus of course many hundreds of million in income taxes).

3. Council tax assumes that because you have a nice house you are rich

Many older people on low, fixed incomes have been unfairly caught in this trap. Helen lives in the family home near Wandsworth Common that she has occupied since the 1970s. A graphic designer, she has never earned more than £20,000 in a year, but now faces a council tax bill the same size as her multi-millionaire neighbours.

4. Council tax is not shared fairly between residents.

‘Banding’ works so that the highest level of tax (Band H) is only ever three times as much as the lowest level. If the £20m penthouses planned for Battersea Power Station were now complete, their occupiers would be paying £1,371 a year as their only local taxes.

Nearly a third of homes are privately rented in Wandsworth. Tenants have to pay tax on properties they could not hope to buy. The owners – who increased rents by an average of 14 per cent last year – pay no property taxes.

Under Labour pressure, Wandsworth has removed its reduction for second homes and introduced a 150pc council tax charge for long-term empty homes that could be rented out.

As a property tax to help bring empty homes back into use, council tax is pathetically ineffective. “Foreign investors are using London’s finest homes as real-life monopoly pieces” the Evening Standard reported last week, as it identified more than £3bn of empty high-end properties. Such ‘buy to leave’ properties are common along the Battersea riverfront.

6. Council Tax is no longer under the control of local politicians

Decisions over tax, like many others, have been taken away from local councillors. Five years of incentive payments to freeze council tax have been backed up by the requirement to hold a local referendum on any increase above 2 per cent. Naturally, councils have been reluctant to put this issue to the electorate. The government has, in effect, nationalised council tax setting.

The time of council tax as a political issue is passing. All parties recognise that local government has changed and must deliver maximum value for residents. Labour in Wandsworth has different priorities to the Tories, but we are clear that we want to keep the same low council tax.Seven reasons to vote Labour

7. We should keep costs down for all residents – and do it in a fair way.

Since 2010 I have also voted for millions of pounds of savings. I have successfully fought plans by the Tory council to close a library and charge children £2.50 to use a playground.  In some areas, savings should go further. It is extraordinary that more than 20 Wandsworth staff are paid £100,000 and the chief executive took home £274,000 last year.

I understand what residents have told me: council tax hurts older people, residents on low incomes and people who rent. Overall it puts an unfair burden on the average householder relative to the most affluent. It is right, and fair to local people, to keep council tax as low as we can.

Why we voted for low council tax