My recent blog post Analysis: ‘Wandsworth fixes rents by elections not economics’ led to quite a lot of interest from the press. Not all of the coverage was balanced, but it has helped to draw attention to an important issue: 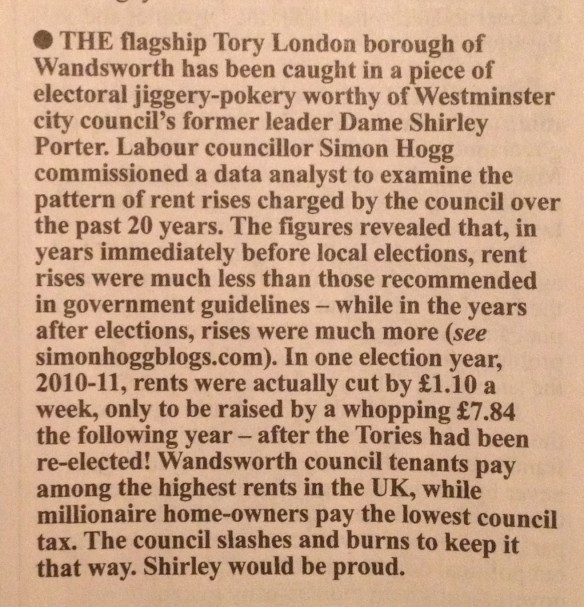 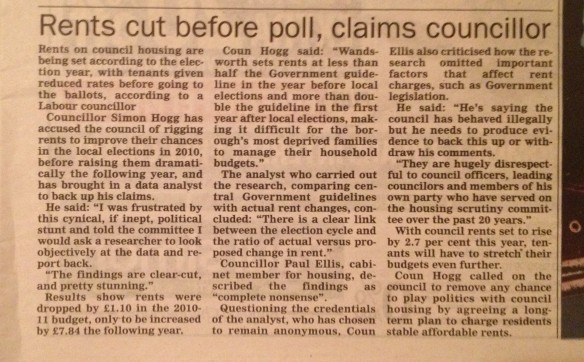 Wandsworth Guardian, February 28. The Guardian also ran an article ‘New council map shows “forced” Wandsworth migration’ on March 7, based on a map I found in the appendix of a council report. 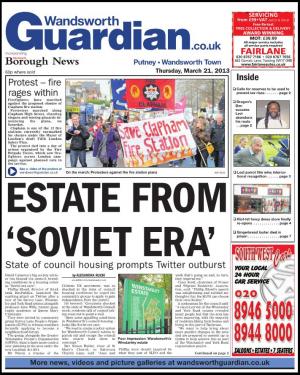