“Get out of your house, you have 15 minutes.” Salim is describing the process of home demolition in the occupied West Bank.

He is something of an expert: his house in Anata has been demolished six times since 1998. Each time, he rebuilds it as a “political act of resistance”.

Anata is home to 25,000 Palestinians (and is the biblical home of the prophet Jeremiah); it is less than four kilometres from the Old City of Jerusalem.

As we walk around Fidhdat Square, part of a small neighbourhood separated from the rest of Anata by the Separation Barrier, Salim points out empty houses, one without a roof.

The homes fall into ‘Zone C’ of the occupied West Bank and are therefore under full Israeli administrative control. Fidhdat Square is hemmed in on the far side by one of Israel’s largest military bases.

“It cost me $15,000 to apply three times to build. I didn’t get a permit, but I did get a demolition order,” explains Salim.

“They push us to build without permission so they can demolish. Your life savings are also demolished this way.”

Salim introduces Ziad, one of the 14 villagers to receive ‘demolition notices’ in the past few days. Through an interpreter Ziad says: “In 2003 they built a wall. The wall took us away from the village of Anata. We have suffered and we will continue to suffer. I want to live like anyone else in the world.” 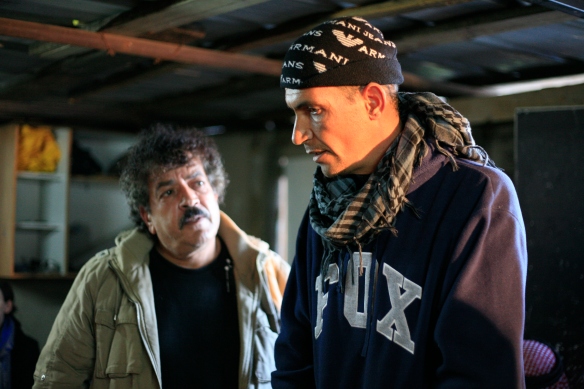 Homeless in Anata: Salim and Ziad

More than 26,000 Palestinian homes have been destroyed since 1967, according to the Israeli committee Against House Demolitions (ICAHD), a local human rights organisation.

ICAHD has helped Salim and nearly 200 people like him to rebuild their homes, with help from volunteers from around the world. On a hillside overlooking East Jerusalem Jeff Halper of ICAHD sketches out the problem by gesturing at the Palestinian streets below and joking: “Everything you can see has a demolition order!”

He says Israel issues fewer than 20 building permits a year for the 230,000 Palestinian population living in often overcrowded conditions on the slopes below. The system is painfully slow, expensive and arbitary. Costs run from $20,000 to $60,000 per house for permission and utility connect before construction can even begin.

Halper estimates 20,000 families have taken matters into their own hands and built without permission. 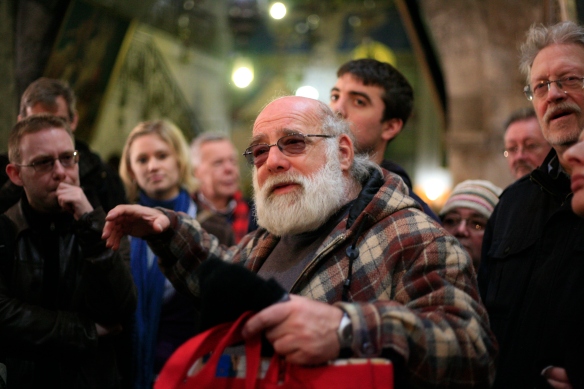 Government demolitions are unexpected and swift. Halper says the first thing many Palestinian women do in the morning is “look out of the window for bulldozers and police.” ICAHD’s work now includes analysis and lobbying alongside their direct activism.

In Anata, Salim is determined to continue his resistance, but Ziad sounds less optimistic: “In these 14 houses there are 71 people, 36 children. [The Israelis] are the strong and we are the weak. What can we do to them?”