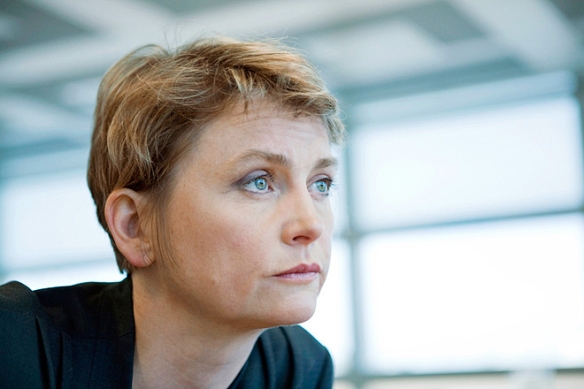 Yvette Cooper MP, took part in a fascinating discussion with GransNet, the website for grandparents, this week about the challenges facing middle-aged women, a group particularly badly treated by the recession.

The Gransnet debate is worth reading in full here, and the event inspired me to go out and hear from local women about the challenges they face. A couple of anonymous stories are below, and I have also pulled out some interesting points from the online discussion.

Yvette Cooper said: “The generation of women in their fifties and sixties are being stretched in all directions – holding families and communities together, and it’s time their voices were heard.

“They have seen the biggest increase in unemployment of almost any group, rising by almost 40 per cent in just two years. Meanwhile their pensions have been hardest hit by the changes to the retirement age.

“Many are working really hard to hold families together across the generations.”

I’m nearly 70, and having been an unsupported single parent, could never save for a private pension, and never worked for a company that provided one.

So, still working, but fighting for correct severance money from last job, charity clients with cut budgets hiring unpaid interns, all clients budgets reducing and less work all round.

College student exchange schemes, which had provided short-term rental income from lodgers, axed due to cuts. Modest ISA providing next to no interest.

Meanwhile need to be supportive to offspring and grandchildren, and very elderly mother.

When you’re a woman in her 50s or 60s life can be quite tough. There are challenges around income, pensions, health and perhaps especially, caring responsibilities. A lot of us are caring or helping to care for aged parents. There have been large reductions in the amount of free care that elderly people can receive for free and it’s nearly always middle-aged daughters who pick up these responsibilities. Adult social care is likely to be reduced even more in the next few years so as we get older ourselves, our duties will get heavier.

The ‘personalisation’ agenda, where a disabled person is given control of their own budget for care, is good in some ways as it increases choice, but it involves a huge amount of complicated administration for the person cared for and their relatives – again, so often a daughter.

The cost of childcare and the high cost of living means that many parents of young children are relying more on their own parents to look after the kids. This can be an absolute joy but it can also be a tie at a time when we may be looking to have a bit more time to ourselves after a hard-working life.

Most of us at this age are perfectly fit and healthy, though some may feel tired or have arthritic twinges. We were brought up expecting the NHS to be there for us. Many of us worked for the health service, many of us fought to prevent its break-up. Now there are ominous signs that the government’s health bill will lead to privatisations and rationing.

Like Mamie, I too would like to hear your views on the demonisation of ‘baby-boomers’ (as if they are an homogenous group) and the repeated suggestion that there is an inter-generational war & those of us born in the post-war period are to blame for current problems we were somehow meant to predict (and presumably should have refused our free University education etc).

Yvette Cooper: I strongly disagree with David Willetts, the Conservative Minister who has argued that the baby boom generation have had it too easy at the expense of everyone else. My impression is that particularly women in their fifties and sixties are doing more than anyone else to hold families and communities together – and are at the same time paying a heavier price than many other people from the double dip recession and coalition government policies. When child care tax credit is cut, it is often grandparents who take the strain, and when social care support is cut its the same generation that has to do more to look after their elderly relatives too.

What is the answer to the stretched middle? Is it more state intervention? or are there other ways of supporting women at this time in our lives?

Yvette Cooper: I think we have to start by giving older women in particular a stronger voice in politics. My view is that the coalition government really isn’t listening and just doesn’t get the damage they are doing with things like changes to the pension age for women in their fifties which mean they will lose thousands of pounds with very little time to plan. We have campaigned against that. But there are challenges to all politicians. For too long politicians and journalists have talked about young people, families with children and pensioners. That misses out a vital generation who are often still working or in active retirement, supporting their families too and I think the pressures on women in their fifties and sixties are often completely overlooked. That’s why Labour is keen to set up an Older Women’s Commission to give the stretched middle more of a voice – and yes, to look at issues like jobs, ageism, pensions, social care etc

Isn’t the flipped side of the stretched generation that men still aren’t doing enough? How do we do something to change that?

My sense is that men of all generations are doing more in the family than they were twenty years ago. When I do school gate surgeries in my constituency more and more grandfathers are picking up the children after school as well as fathers and grandmothers. But we know there is still a big difference. I think we should be making it easier and much more common for men to do more in the family throughout their lives – including encouraging paternity leave and flexible parental leave.