MOBILE PHONE STREET CRIME
Within four days last week there were four separate instances of mobile phones being snatched by teenage boys in Latchmere. The incidents took place in York Road, Plough Road and Blondel Street. There were two more phone thefts on Battersea Park Road, in Queenstown, during the same few days.
Please take extra care when talking your mobile in public in these areas – the thieves may still be at large. 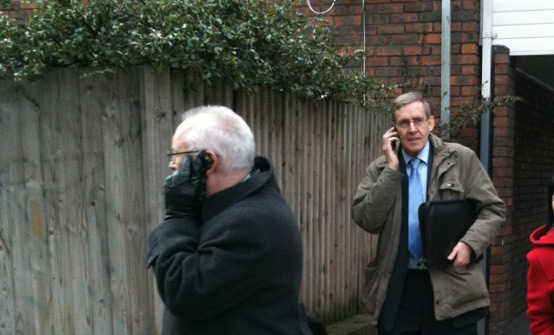 SAT NAV THEFTS
There has been an increase in the number of thefts of sat nav systems from cars. Ideally, you should take the unit with you when you leave the car, but this is not always practical. If possible, remove the unit from view and lock it in the boot or glove compartment, out of sight.

It should also be marked with your postcode and house number, so that the police can return it to you if it comes into their possession. Recently, police were obliged to release a suspect found with one of these units, because they could not identify the owner and therefore prove that it was stolen.

BOGUS NEIGHBOURHOOD WATCH
The police have had a number of reports of a company phoning and claiming to be associated with Neighbourhood Watch or the police. They sound official, in one instance calling themselves “The Crime Prevention Initiative”, and say that they are conducting a crime prevention survey and offering crime prevention advice. This is an attempt to persuade you to get the company to fit a burglar alarm to your premises.

Neither the council nor the police have any connection to this firm and do not condone or endorse their methods or products. The advice is to hang up when called by these people and do not engage in conversation with them. If you do feel you need crime prevention advice, please contact your local police Safer Neighbourhood Team.

CAN YOU HELP?
The police are anxious to trace a red Piaggio Vespa scooter, numberplate LX06 DLO, ridden by a light-skinned black male and a white male with a grey tracksuit. It is believed they are responsible for the theft of a mobile phone in Trinity Road and possibly another in Nightingale Lane.
If you have any information, please contact Wandsworth police on 101 or call Crimestoppers on 0800 555 111

CCTV
A local shopkeeper has complained that there are not enough CCTV cameras on Falcon Road. What do you think of CCTV cameras? Would you like more in Latchmere – and if you would where should they go?

CRIME MAPPING
For a picture of crime across the whole of London and to compare your ward to others, please visit the Metropolitan Police Crime Mapping site at http://maps.met.police.uk/ and the national crime mapping site at www.police.uk