Last weekend I spoke at an excellent event on youth unemployment in South Birmingham College. It was great fun, very useful – and I managed to walk in to a little controversy.

‘Massively multiply unpaid internships’ was the title of my talk, as I have long believed that work experience is a crucial way to open up professions to all young people. Unfortunately, just days before the event controversy erupted over the Workfare ‘slave labour’ work experience programme – and so I was heckled within seconds of opening my mouth… 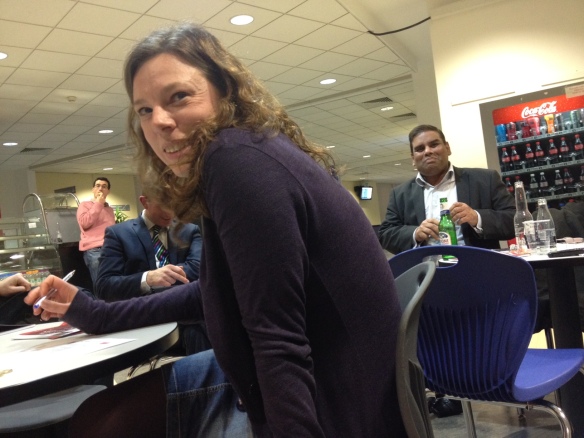 The format of the meeting meant each speaker had just two minutes to pitch an idea to help solve the problem of youth unemployment and a further two minutes to answer awkward questions from an audience including MPs, Birmingham councillors, members of the Fabian Society and local teenagers.

(Quick recap: Workfare is a government scheme where 16 to 24-year-olds who have been unemployed for more than three months are given the chance to volunteer to do unpaid work experience. Critics of the scheme call it ‘slave labour’ and say it undermines employment rights, supporters say around half of the people taking part move into work, often as a result of their placement.)

Former MP Sion Simon chaired the Birmingham event with a rod of iron and a brass bell, rung whenever a speaker exceeded their time.

The recording of what I said is here:

A written version is below:

I think that every employer, large and small, should welcome unpaid interns.

We can talk about Workfare in the questions but I promise I pitched this before all that blew up.

Apprenticeships are the way forward, but there can never be enough of them. There are more than 50,000 people are signing on in Birmingham today.

In my experience, internships have leveled the playing field and spread opportunity socially and geographically. I was fortunate enough to work at a national newspaper for five years and I would never have got that opportunity without unpaid work experience, coming from a state school here in Birmingham. 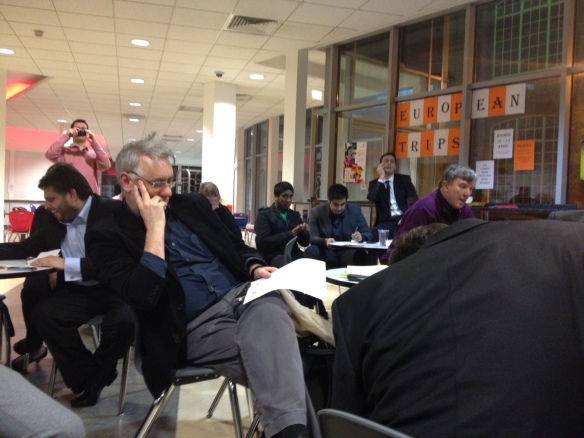 I’ve tried to pass that on, I see a responsibility to provide internships to people from non-traditional backgrounds. That has seen people go on to work for the Guardian, Times, the Independent – but it’s not all been good news: a few have gone to The Sun and The Daily Mail. [Laughter] Apologies.

When young people can’t get a foot in the door that means it is the people on the inside, the older people, people from richer families, people with established networks who benefit.

I think every enterprise, large and small should give young people the chance to get their foot in the door.

Chair: So we might actually need the two minutes for the questioning of this controversial gentleman. Hamad?

Question: How can you guarantee that kids won’t be exploited, that we won’t have to go up chimneys?

SH: Well, there are far fewer chimneys now, most of them are sealed up… [Laughter] No, an internship has to work both ways the young person has to get skills and experience, the employer – who may be training them and giving them a uniform and so on – has to get something out of it as well. You have to be very clear going into it that it is time-limited: say four to eight weeks and then maybe you extend it if you are going to pay them. Three interns we have had over the past year have been offered jobs at our company, it can be extended in that way. 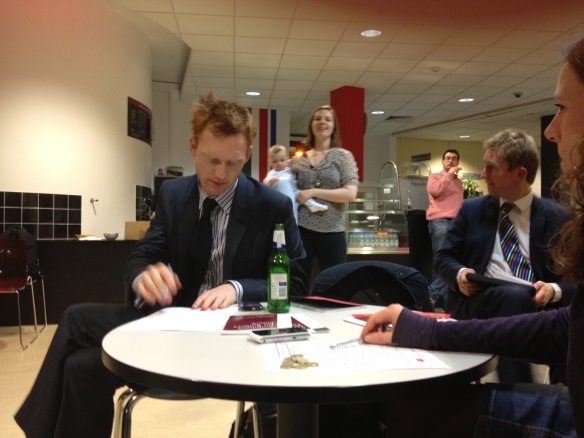 Question: Is internship just volunteering by another name? Why did you get all the boos and volunteering is seen as quite nice? What is the main difference?

SH: You could accept 20 volunteers to pick up litter on the weekend but if you ran a biochemistry lab you might structure three internships throughout the year of three months each which would give people key skills, show them the environment and give them confidence… they would have to turn up at set hours.

Question: Why do you automatically disadvantage those in the lower social economic brackets out of a chance, they can’t afford to do a free internship, how do they get up the ladder then…

An internship might cost you a bit of money – but it’s far less than university. Stay on a cousin’s couch or something. At present it is the people in those closed networks who are getting those opportunities.

Question: Should you be allowed to get benefits during an internship?

SH: I don’t know, it depends what you qualify for.

Chair: You’ve got another three seconds

Chair: It’s all over. [Rings bell] Thank you.

You can read coverage of the night on Twitter.

After many sparky ideas had been pitched, the audience took a vote on which was the best. The winner was Lee Marsham, of the Birmingham UpRising Alumni Advisory Board, who spoke very eloquently about “Enterprise and Post School Options: Greater inclusion of enterprise in school curriculum and transformation of post schooling options with a new Ucas-style system for apprentices and a funding stream for Start Up Enterprise ideas.”

The event was organised by Pragmatic Radicalism, a group run by John Slinger (pictured below) a Labour Party member who used to be my neighbour in Battersea.

Pragmatic Radicalism is a group of Labour activists and writers committed to exploring new policy ideas and stimulating debate. They published their first pamphlet in July 2011 and held a well-received ‘Top Of The Policies’ event at Labour Conference in Liverpool in 2011, as well as an event on skills earlier this year in Westminster. They do not employ interns.